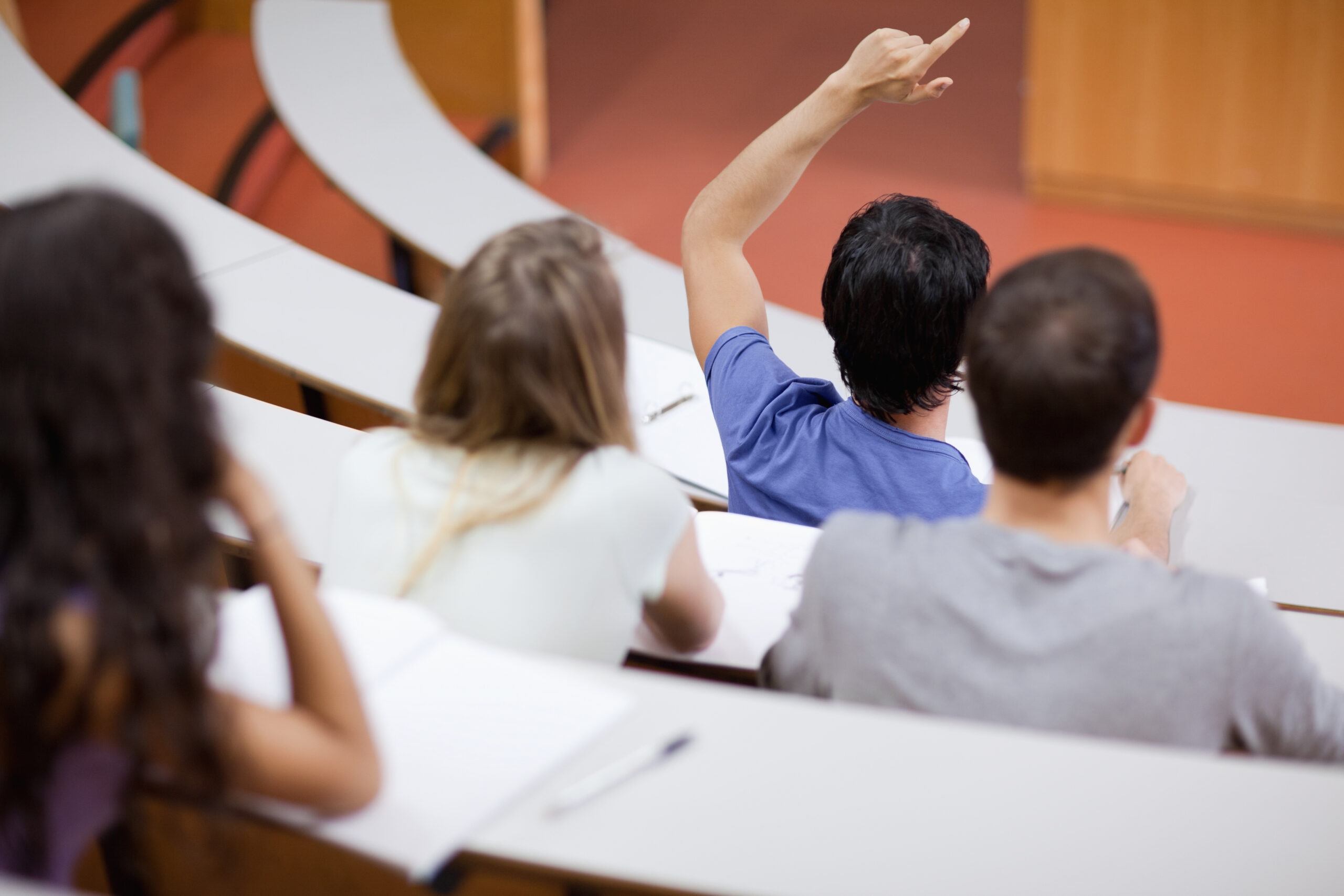 Classroom styles: the question of silence

In this unit, we want students to grasp the following two main points:

The classroom is a place where many foreign teachers coming to teach in Japan have their first real culture shock. What seems to be common to a number of cultures outside Japan is this: when the teacher asks a question to a specific student in front of the class, that student is expected to say something, or at least to indicate that they have heard the question, within a few seconds. Not doing this would mean that the student is refusing to answer, and contesting the teacher’s authority.

In Japan, this kind of behavior – remaining silent after being asked a question- is not rare. Students are known to either (1) freeze, (2) turn to their next-seat classmate and ask them the question, or (3) open their textbook and “look for the answer”. This can be very hard to take for Western teachers, who sometimes unconsciously feel that their authority as an educator is being challenged in front of the whole group. Trying to hide their confusion in order to appear in control of the situation actually adds to their confusion (as respondent Carmen shares on page 25: “I felt a lot of pressure when it happened to me but I tried to hide it, to show I was in control of the class. I don’t think my students knew I was feeling so stressed.”) Only later in their career will most of them have understood that this behavior is based on cultural differences,  and that there are some simple strategies that can help unblock the situation. The authors have written a short practical guide on this subject (see below).

A simplified model would be the following: in “the West”, after being asked individually a question by the teacher, a student is supposed to say something within a few seconds, to “give back the floor” to the teacher. In Japan, silence is generally accepted as meaning “I don’t know” or “I am not sure”. *

A variation of this basic situation is when a teacher poses a question to the whole class, and waits for a volunteer. It is very rare that a student will raise their hand and volunteer a response in Japan. At the risk of generalizing, it seems this basically happens only in small, motivated classes with a good, trusting atmosphere. That will also tend to enrage American teachers, for whom it is unthinkable. It will be much less shocking to European teachers for example, who are used to much less dialog between teacher and class than their American counterparts. Raymonde Carroll, a French ethnologist who has lived for over 40 years in the US, and whose work is one of the key sources of  inspiration for this textbook, writes that in the US, much of the duration of class is based on a dialog between the teacher and students. For each question asked, ideally several hands will shoot up. This leads American teachers working in France to experience a culture shock, since that style of interaction is very far from the reality of the French classroom. In France, teachers generally ask fewer questions of class as a whole and expect less spontaneous responses. Many questions are rhetorical, or will be followed by a question to an individual student. In general, it could be said that classes in France are much less interactive than in the US. They are more top-down, with students taking notes of what the teacher says. In this respect, perhaps French culture is nearer the classroom interaction style that prevails in Japan. These differences are important for students to be aware of, especially those who are planning to study abroad.

* Many years ago, Bruno Vannieu got angry at a student who announced that she couldn’t do an assignment on time but “refused” to give a specific reason (she just said that she “didn’t have time”). However, he realized that the student was not doing this to be rebellious or negative, and this prompted him to reflect on the cultural assumptions behind this simple situation. The hypothesis that followed is this: in Japan, giving “a reason” for having failed to do something you were supposed to do is tantamount to justifying it: “It wasn’t my fault”. In this culture, it is much better to apologize profusely without giving a specific reason. The reason can be gently elicited out of the student (or any other person in a similar situation in life) – which is easier to do when one is not too upset. 🙂

In the same line of thinking, it can be hypothesized that saying “I don’t know” can contain different subtexts. In the West, it could mean “I am sorry, I am in the wrong for not knowing, giving you, as teacher,  the floor back”. In Japan, it could mean “I don’t care, I give up. I will not look for the answer any longer”.