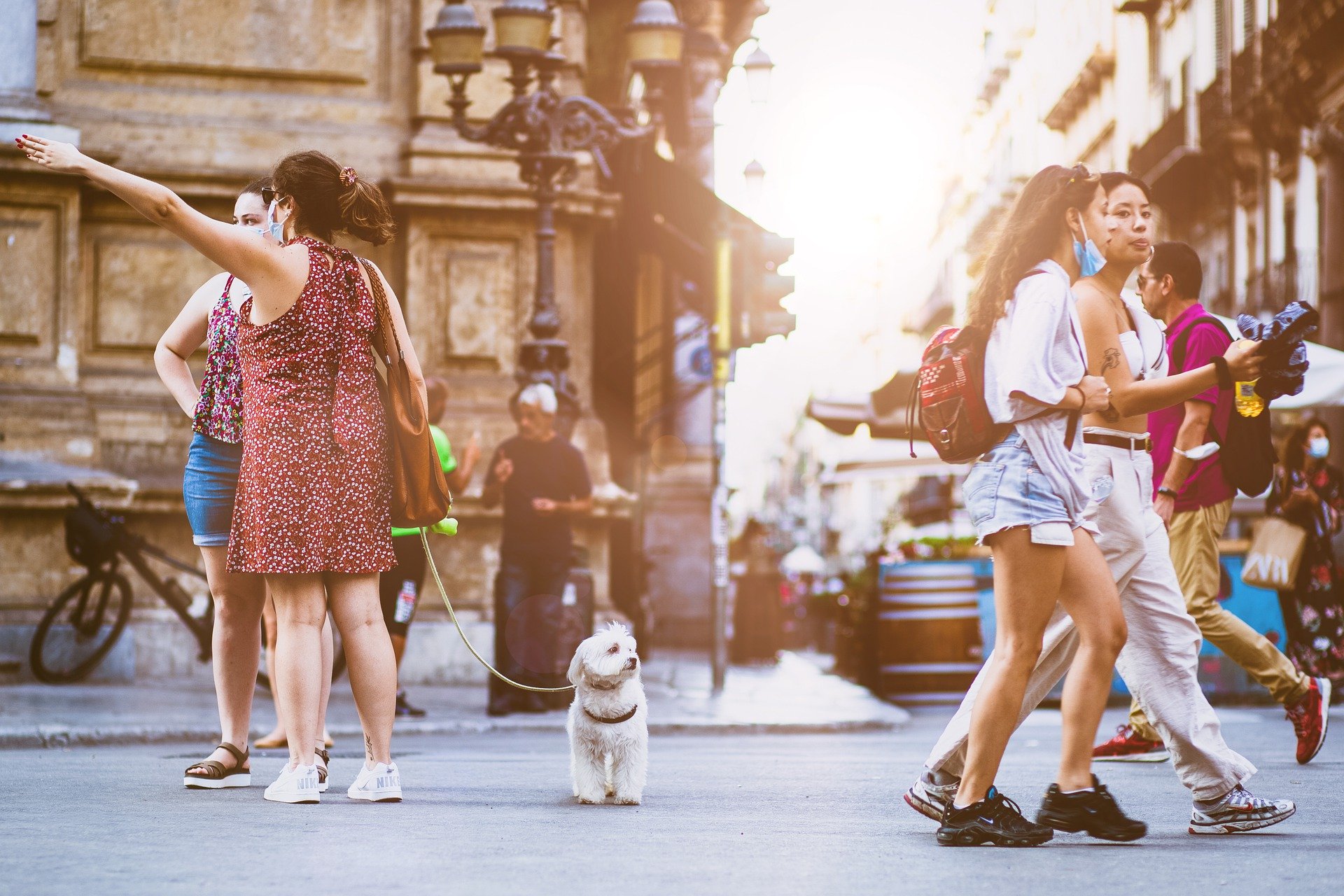 Such a long elevator ride

We are routinely placed in uncomfortable situations in which other people “invade” our personal space, even in the societies we were born and raised in. Common examples of this are in elevators, or when queuing at the supermarket, or in crowded public transportation. The French ethnologist Raymonde Carroll describes how people from different cultural backgrounds have vastly different reactions to these situations.  To summarize Carroll’s model, French people generally ignore the people around them, whereas people from an American cultural background typically engage them in small talk. In this unit, we asked the Ibunka Survey respondents how they act in proximity to strangers- do they acknowledge the person they are forced to share a space with, make small talk, or ignore them?

The typical American behavior of making small talk was confirmed in survey responses, but at the same time it was somewhat qualified: “If I am in a good mood and the person looks receptive, I might make a brief general comment on the way to the 20th floor. That is a long time to be alone and not acknowledge the other person (if it is just two of you). I might at least smile or make brief eye contact to say, “Yes, here we are, you and me, we are in the same space going to the same place.” The typical French behavior of ignoring strangers was recognized by several European respondents, a Costa-Rican respondent and a number of Japanese respondents. Yuta says on page 71, “I don’t say anything. I act as if no one is there. I think it’s the norm in Japan.” Millie agrees on the same page: “I would feel more comfortable behaving as if that person didn’t exist. If I don’t know that person, I don’t see a reason to communicate.”

I need my space back

Edward T. Hall was the first theorist to firmly establish space as a cultural dimension. People are used to certain levels of interpersonal distance that “feel right”. When a Scandinavian person travels to an Arab culture, such as Morocco, chances are that they will feel their personal space is not being respected in daily interactions,  and that they will try to retreat by a few centimeters or more when speaking to a shopkeeper, or anyone else for that matter.

Carroll’s hypothesis goes one step further in the direction of space as a cultural construct: she posits that, apart from the instinctive stepping back, the behaviors that we adopt when our personal space is uncomfortably curtailed vary according to the cultures we were raised in. In particular, she makes an interesting hypothesis that could explain Americans’ tendency to make small talk in such circumstances: according to her, the function of small talk is to re-establish a comfortable personal distance, that is, by paradoxically keeping others at a distance with a “fence” erected with words. As we saw above, Millie admitted that if she didn’t know a person with whom she shares space such as an elevator or bus queue, she doesn’t see a reason to communicate. For her, communicating is a step towards starting some kind of relationship, so she doesn’t see the point of doing that with a stranger she’ll never meet again. But if Carroll is correct, the small talk employed by people in American culture is not, strictly speaking, enacted in order to “communicate” or strike up friendships; in factm, it is employed for quite contrary reasons.

To smile or not to smile

The second question we asked in this section of the Ibunka Survey was “Do you generally smile at people you don’t know when you pass them in the street, or on campus, etc? Why or why not?” New Zealander Harry replies, “I think I do, probably because I want  to be seen by others as a friendly person. I definitely return  a smile if I get one first. I try my best to make myself open and set a welcoming mood for others.” (p.72) Conversely, the Japanese and French respondents on the same page state that they do not smile at strangers they pass on the street because they don’t want to be considered “suspicious” or “creepy”. Yves doesn’t understand “why anyone would smile at strangers for no reason”.

Again, we come across the idea that in some cultures, looking directly into someone’s eyes and smiling are actions with very deep meanings. In these cultures, these behaviors imply that one wants to enter into some kind of relationship with the person the gaze or smile is directed at. On the street, or in other public spaces such as outdoor cafes, possible reasons for this behavior include wanting to flirt with someone, or even provoking a fight.

Poly Pratt explains “You’re free to sweep your eyes over French people if you like the look of them, on a bus or at a party, but not to smile if your eyes meet, which is an American’s automatic way of showing he means no harm.” “For strangers to smile at each other in Paris, there has to be some kind of incident involving them both, and not just stumbling into someone’s stare.”

Such diverging cultural habits obviously make for powerful culture shocks, and a range of experiences that might be had abroad. Japanese respondent Megumi relates on page 73, “When I arrived at my host university in Berkeley, California, I was delighted because many people greeted me, smiled at me, and exchanged a few words with me. It felt so open and friendly. Later on, I realized that sometimes it was not as meaningful as I had imagined. But it definitely helped me to make friends there.”

On the other side of the spectrum, former foreign student Nobu shares a similarly surprising experience. “Nobody spoke to me at all during the first three weeks of my study program in Paris. I was shocked! I was expecting a warm welcome, but I just got ignored. But then one day I had forgotten my textbook and I had to ask some help from another student in my class. She was very nice and helped me a lot. That’s when I understood that you have to take the first step in France. People won’t talk to you just because you happen to be sitting in the same classroom.” These cultural differences in the process of going from being strangers to friends are not so apparent to students, but are especially important for them to know if they want to make connections with people from different cultural backgrounds.