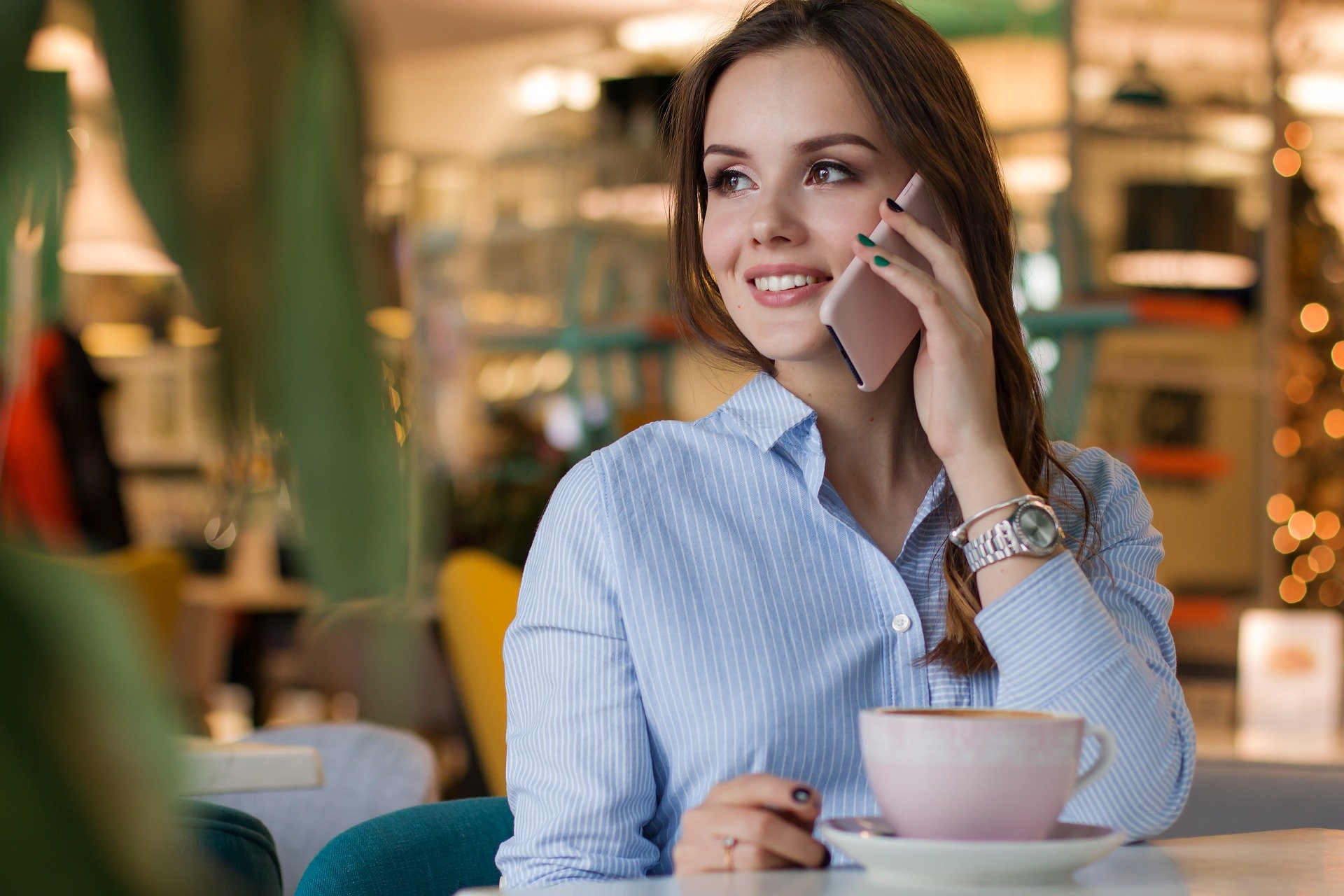 Can you do me a solid?

This unit in particular (and the next one: Interacting with Strangers) is directly inspired by  the chapter on friendship in Raymonde Carroll’s book Cultural Misunderstandings : the French-American experience. Carroll’s approach is to analyze situations of daily life in which intercultural misunderstandings often occur between people from the two cultures she examines:  French and American. The first question of our Ibunka Survey on this topic, which opens  the People in Other Cultures section of this unit, is actually quite atypical amongst the survey questions in the textbook. Instead of asking respondents to share their opinions and experiences in response to an open-ended question, we ask them how they relate to a very simplified version of Carroll’s conclusion. It reads, “An expert on American and French cultures has observed that Americans tend to directly ask favors of their friends. In contrast, French people tend to indirectly hint at a problem they are having, and wait for their friends to offer help. Does that match your personal experience? How do people do this in the culture you grew up in?” We are well aware that asking a question in this way may be seen as leading or skewing respondents’ replies. However, our intention in the Survey was not to produce scientific research, but rather to collect authentic stories and opinions from people, in order to pursue a single pedagogical goal.

The majority of responses echoed the general direct-indirect continuum suggested in the question. On the “indirect approach”end of the continuum, respondent Marie says on page 65, “As a French person, I agree with the remark concerning French society. When I need help, I tend to just talk to my friends about my problems without asking for help directly, in order to avoid putting pressure on them.” A respondent from neighboring Belgium (One Step Further no.9) expands on this: “From what I recall from my youth in Belgium, after hearing about problems I was having, friends would OFFER their help. That’s a huge difference. When I returned to Belgium after some years in Japan, I noticed that there is actually a funny little dance that occurs in those cases. After the friend offers their help, it is common to first turn it down, saying something like “No, that would be too much trouble for you”. So then the friend insists, “Don’t worry about it, it’s really no problem”, and this continues until finally the offered help is accepted.” She goes on to explain why she likes this interaction style: “During this back and forth, the problem and its solution have actually been thought about by both people, so it’s really rare to be helped in a way that doesn’t match your actual needs. For me, this feels straightforward and respectful.” It’s clear that Carroll’s model of cultural difference holds some weight.

No, directness is more respectful!

Articulating an opinion from the “direct approach” end of the continuum, American respondent Joey says, “I suppose that Americans are rather direct. Especially with people we’re close to, we just say, “Hey, could you do me a favor?” or use some other casual expression. And it can be okay to say no to a request without suffering any lasting damage to the relationship.” Australian Lesley concurs, “Australians generally ask favors of others directly but politely. I have the feeling that hinting at a problem might be seen as slippery or even somehow dishonest, since it’s generally a culture which prides itself on straight, honest communication.”

Such hidden, unconscious differences in how to conduct such a basic human interaction naturally lead to culture shocks. Raymonde Carroll explains that when experiencing this interaction Someone from a French culture background will  typically think something like, “American people are so superficial! I thought that Mary was my friend, but when I needed help (and I mentioned my problem to her) she didn’t even offer to help me.” Conversely, American people tend to consider offers of help as intrusions into the friend’s life: “Pierre is my friend, so he knows that he can ask me anything. If he needed my help, he would have asked.”

In a different area of life, when one is dealing with strangers and not close people like friends, the same logic seems to apply, as Polly Platt explains in her book French or Foe? Stopping someone on a street in France and asking them bluntly to tell you where the post office is, for example, is likely to attract negative reactions. On the contrary, Platt suggests that if (after greeting the person properly, of course) you start by explaining your situation, saying something like, “Excusez-moi, Monsieur / Madame, mais j’ai un problème…” (“Excuse me, but I have a problem…”), people actually show great kindness. She goes as far as calling those the “Four magic words”. A direct request for help doesn’t bring about good results, whereas simply hinting quickly at a more roundabout request opens people’s hearts.

Japan, yet another cultural pattern

Hungarian respondent Patricia notes on page 65 that “ In Japan, my experience is that usually it is enough to describe your problem, and the other person will understand that you are asking for help.” But this can actually lead to a different outcome to what you anticipated, even from the point of view of a person from an “indirect approach” culture. The Belgian respondent mentioned earlier admits that “From my experience in Japan, I think people consider it a virtue to intuit the help that their friend’s need, and just go ahead and do it without actually consulting them! I have been “helped by a friend” many times where the help wasn’t actually what I wanted. I have learnt not to mention any problems I may be having, even to rather close friends.”

There is, of course, variance in style within a single culture. A Japanese respondent expresses the following opinion: “I think Japanese people tend to change their style depending on two things: what we’re asking for, and who we’re asking. For example, I can ask a family member or close friend for anything directly, but if the person I need a favor from and I have a less intimate relationship, I carefully consider the timing and how I should communicate even the smallest request.” (OSF, no.1)

So perhaps in Japan there is a great diversity of ways of asking for help, which  depend on the exact parameters of the social situation. A Canadian respondent notes for example that in his experience “sometimes when colleagues ask me for a favor there is an unspoken expectation that I do what is requested. Although the phrasing of the question may make it sound like there’s a choice, the subtext is that I am expected to do it, regardless of how I might feel about it.” (OSF, no.4)

You owe me one!

The consensus among our respondents is that social obligations are a strong part of the interpersonal culture in Japan. American respondent Jerry notes on page 66 that “In Japan, people keep track of social debt! This is a reason why people give presents so often, even when they visit someone’s home. Any sort of imposition must be compensated for. It’s a “give and take” society, as my Japanese wife often says. I guess people are very aware of this, and maybe that’s why they don’t often ask  for favors.” Japanese respondent Mariko explains on page 67 that “There is a Japanese expression that goes, “A small kindness can incur a big debt for others” (chisa na shinsetsu, ookina sewa). I don’t want to make trouble for another person, so I don’t want to just thoughtlessly offer my help, and end up burdening them.” These responses give voice to the Japanese rituals of gift-giving and exchanges of seasonal greetings, which have been described as elaborate ways of balancing social debt and smoothening interpersonal relations.

It seems that in Japanese culture, language and behavior pertaining to favors and obligations is quite specialized.  Former JICA volunteer Yoshi notes on page 67 that “In Japanese, there are euphemistic phrases used to politely turn down an offer of help, which might not be perceived as refusals by people outside of Japanese culture. For example, “I’ll consider it,” “That sounds OK,” or “That might be a good idea.” I feel that this kind of language sometimes leads to misunderstandings when translated directly into English.” Additionally,  Mexican respondent Juan admits that Japanese cultural traits have seeped into his own behavior. Rather  than simply thanking others, “after spending an extended period of time in Japan I have come to apologize a lot when asking for favors or help, even when I speak my native language. It’s almost like a default setting of humility and politeness.” Finally, even the action of giving gifts can carry quite precise meanings, which are sometimes lost across cultural borders. “Living in Japan, I have had some unpleasant experiences with people who give gifts as an indirect way of asking for future favors. It feels quite uncomfortable to me.”, notes a French respondent in the One Step Further section (no.3)