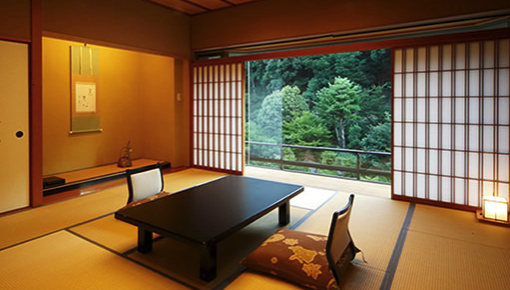 In this Unit, we explore some ideas about socializing with friends in one’s own home, or outside of the home. This may not seem like a very important topic, but as many foreigners in Japan discover, it can actually be a significant and sensitive one.

By and large, in Japan it seems quite rare for people to invite people who are not family members into their home. There are some common exceptions, such as mothers with small children (mama tomo) and students who have their own apartment. In contrast, in many Western countries it is common, and actually quite important to interpersonal relationships, to invite friends over to one’s place. As the Spanish respondent Maya states in her Ibunka Survey response on p.29, “If someone had never visited my home, I would feel strange about calling that person a friend.” In those cultures, most people try to keep their houses reasonably clean and tidy so that guests can be invited without too much preparation, and even sometimes visit on an impromptu basis.

This can be a point of contention for Western-Japanese couples, especially when the Japanese spouse is female (since, despite progress, the home is still often considered  the wife’s realm). A common pattern (described by Dave and Manami on p.31)  is that Western men will insist on inviting friends over, not understanding how much stress this means for their wife. The wife will play along and put considerable energy into cleaning up, preparing food and hosting their guests appropriately. The husband later finds out to his dismay that she did not appreciate it at all and that he has to pay an exorbitant emotional price for what he thought was a casual, positive social event. He progressively gives up on the idea, and stops inviting friends over.

Another factor in whether you invite people to your home or not is whether your house is tidy and spacious enough to receive guests. There is a widespread stereotype in the West that Japanese homes are quite ordered and minimalistic, with a minimum of clutter. As many people living in Japan will attest, this is quite often far from the truth, and even a source of some culture shock.

Canadian respondent (OSF, no.8, p.81) shares that “In my experience, Japanese homes are a cluttered mess, especially if kids are involved. Ours is a disaster, and I do not enjoy having people over. After a while, this “who cares” attitude sinks in, and it’s just too time-consuming to bother with tidying up.”

A French respondent adds: “Tidying up the house does not seem as important as in France, since the space remains private and will not be seen by outsiders. French people often feel that Japanese homes are cluttered, not managed enough, and that they are not designed to be beautiful on a daily basis. In France, people look for beauty and functionality, but in Japan, I feel people are preoccupied with functionality and don’t worry about beauty.”

Let’s have a look around

On the topic of having guests in one’s home, it is tempting to contrast “Western countries” with “Japan”, because there is undeniably a powerful cultural gap there. However, there are also considerable differences among Western countries, in particular between North American/Australian/NZ cultures and European cultures. In the US, a guest is usually given a tour of their host’s house in a gesture of openness and friendship.  This is inconceivable in countries like France, except on the special occasions that are housewarming parties. In French homes, the living room and nowadays the kitchen are open to guests, but the bedrooms and bathroom are not (bathrooms and toilets are usually separate). Guests are supposed to know this implicit rule of territory.

Make yourself at home

The interaction styles that go together with these different “geographies” are also widely different. Americans expect their guests to help themselves, as Jeremy states on page 30: “Sure, I do (give a tour of my home to guests). I want them to be able to really relax. Once I’ve shown them around most of the rooms and where everything is, my guests are free to help themselves to any food or drink, and then they don’t need me to guide them. In this way, they can truly feel at home.”

A French person, in contrast, will hesitate to help themselves to food or drink in another person’s fridge, even after being invited to do so. In British culture as well, this is “not the done thing.” Sometimes the gap in norms and expectations can cause some difficulty. This was made acutely clear in the situation described on page 31 by Japanese respondent Masami, who went quite hungry for a week at the beginning of her homestay in Australia, since expectations about what hosts and guests should do were not completely clear.

In the chapter on “The House” in her book Cultural Misunderstandings: The French-American Experience (University of Chicago Press, 1990), anthropologist Raymonde Carroll gives a clear explanation of these cultural patterns. She explains that in French culture the guest has the responsibility to know the rules, whereas in American culture the host is supposed to tell the guest if there are any limits on where they can go and what they can do. As we did in the Cultural Commentary of Unit 1 (Introducing Yourself), we can connect this with the concept of high/low context cultures.  The renowned ethnologist Edward T. Hall characterizes American culture as a “low context culture”. This means that people rely comparatively less on the context to understand the meaning of situations and words. They prefer and need more explicitness. By contrast, Japanese culture is a comparatively high context culture: the social context provides many clues to communication, and less needs to be explicitly said. Many European cultures are said to fall somewhere between these two extremes.

The survey responses in this unit are a particularly powerful demonstration of diversity amongst foreign cultures. One of the aims of this course is to steer students away from simplistic “them-versus-us” dichotomies (sometimes alarmingly reduced to “Japan is this way, and (all) other countries are another”.) Careful reading of the responses will reveal the crucial fact that not all Western cultures are the same. French culture is more like that of North America when it comes to the desire to invite friends to your home, but much more like Japanese culture in regards to guest behavior.